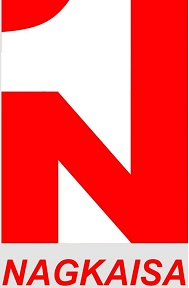 With its provisions that can be considered as marked improvement from existing laws and regulations pertaining to labor contracting, particularly Article 106 of the labor code and DO 174, rules and regulations on labor contracting promulgated by the DOLE last March 2017, Nagkaisa!, the largest labor coalition of worker's union and labor organization in the country supports HB 6908, an act strengthening workers security of tenure, which was approved on second reading by the house of representatives last January 23.

Among these provisions are:

a) Disallowing subcontracting of jobs already contracted out by principal employers;

(b) Disallowing any form of fixed-term employment;

(c) Any one of the three conditions found present on the the employment relationship between the labor contractor and employees dispatched to principal employers, such employment relationship is deemed labor-only contracting. These conditions are (1) labor contractor has no substantial capital in the form of investment and tools, (2) the labor contractor has no control over the worker's method and means in performing their function, and (3) workers recruited and dispatched perform functions which are directly related to the principal busines of the employer; and

Nagkaisa! admits that HB 6908 is not a perfect bill to prohibit all forms of labor contracting. However, the marked improvement in its provisions would surely address to a great deal widespread use of contractual labor in the country, and thus strengthening workers' security of tenure and the exercise of their right to organize and collectively bargain compared to the present laws and regulations pertaining to labor contracting.

Nagkaisa now calls on the Senate to introduce more prohibitive provisions in their version of bills pertaining to security of tenure so as to further improve what HB 6908 has achieved.

Finally, we thanked the efforts made by Rep. Randolph S. Ting, Chairperson of the Labor Committee, representatives of TUCP and Akbayan! partylists, and the rest of the co-authors of HB 6908 for successfully defending and passing it on second reading.
Posted by nagkaisa at 7:42 PM