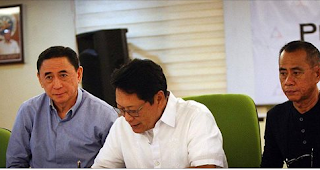 The Associated Labor Unions-Trade Union Congress of the Philippines (ALU-TUCP) on Saturday urged President Rodrigo Duterte to reject Department of Labor and Employment's (DOLE) Order 174, as it defies his promise to end short-term and agency-hired work arrangement.
DO 107, issued last Thursday, prohibits the repeated hiring of employees by contractors under an employment contract of short duration that falls short of the mandated six months to qualify for regularization.
"We urge the President to reject DO 174 because it is a loss-loss situation for workers and a win-win formula in favor of employers and manpower service providers and cooperatives," Alan Tanjusay, spokesperson of ALU-TUCP, said in a statement.
The labor group had said it was not satisified with the new order as it still allows contracting and subcontracting or outsourcing of manpower by a principal to an agency.
"It will perpetuate and further proliferate the existing unperturbed race to the bottom for millions of contractualized workers once it becomes operative two weeks from now," Tanjusay said.
He added that while the DO bans labor-only job contracting, hiring for less than six months and repeated hiring of employees by employers, manpower service providers, cooperatives as well as in-house supply of workers; the order still spawns modern-day labor slavery and "race to the bottom."
"Employers and capitalists will now seek the lowest and bid out the cheapest job contracts they can get out of the wide pool of manpower labor contractors and manpower cooperatives market with contractualized workers ending up with low and unlawful wages and benefits," Tanjusay said.
In a press conference in Quezon City, Lakas Manggagawa Labor Center vice-chairman Dave Diwa stressed that the DO 174 is worse than the controversial DO 18-A because there are no penal provisions in the new order.
DO 18-A contains the "Rules Implementing Articles 106 to 109 of the Labor Code," which allows contracting and subcontracting arrangements.
"What happens to contractors or principals who violate DO 174? Pipitikin? Wala eh, walang nakalagay na penalties," Diwa said.
For his part, Sentro ng mga Nagkakaisa at Progresibong Manggagawa vice-chairman Danny Edralin criticized Labor and Employment Secretary Silvestre Bello III for saying that contractualization is allowed under the Labor Code.
"Mali 'yung premise ng sinasabi niya. Nakalagay sa Article 106 ng Labor Code na ang Labor Secretary may restrict or prohibit the contracting-out of labor. Hindi niya ginamit 'yang provision na 'yan," Edralin said.
Tanjusay said that Bello, instead, interpreted the particular provision in favor of capitalists and middlemen labor contractors.
"President Duterte, during the February 27 dinner dialogue with labor groups including Secretary Bello and top DOLE officials, has said that he will not abandon his promise to end contractualization job schemes in private and government work establishments. Mr. Duterte also expressed displeasure at agency-hired work arrangements," Tanjusay said. —John Ted Cordero/MDM, GMA News
at 1:57 PM No comments: