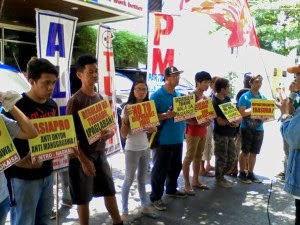 Nagkaisa had been pushing for the passage of the security of tenure bill in Congress to deter the plague of contractualization in the country. President Aquino, however, did not certify the bill as urgent.
at 12:30 PM