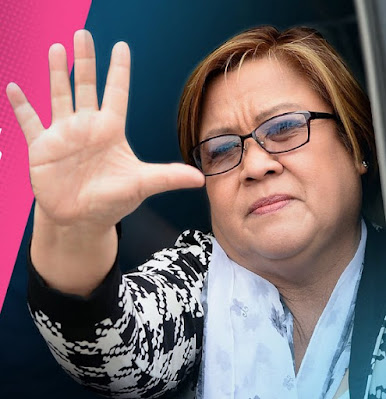 The NAGKAISA! Labor Coalition supports a Senate resolution that seeks the release of former Senator Leila de Lima from the Philippine National Police Custodial Center.
It is timely and appropriate in this time of transition to emphasize the commitment to uphold the rule of law and uphold human rights
When at least three (3) witnesses recant their testimonies outside or in court, this is a red flag or casts doubt on the strength of the finding of probable cause on the charges against Sen. De Lima.
Though the new Secretary of Justice may not be the right  person authorized to order her release as the courts have already acquired jurisdiction over the informations filed, he can recommend the dismissal or move for the withdrawal of these cases subject to the evaluation and discretion of the judges handling them.
Nagkaisa prays for the DOJ to reconsider its earlier pronouncement not to drop the cases.
Not only to save time and money of the government in pursuing baseless charges, the Labor group also emphasizes that it is the duty of DOJ prosecutors, in fact, to weed trumped up charges, search for the truth, assist the court to TC arrive at nothing but the truth, to clear the innocent and to restore justice among the community, the victim and the accused according to the law and the dictates of reason as well as conscience.
Lastly, the biggest labor coalition of the country also calls on the president to "preserve and defend its Constitution, execute its laws, do justice to every man (or woman)" by taking action to stop the perpetuation of an injustice done to a former senator or any citizen of the republic.
at 8:30 PM